Postman is a tool in Clik that is used to control automatic backups, automatic syncs and notifications. It is generally set automatically, but you can set a “preferred postman” if, for example, you have one PC that has better hardware than the others.

You’ll also have the option to change postman or set one computer as preferred. This means that whenever Clik Service is running on that PC, it will be made the postman. 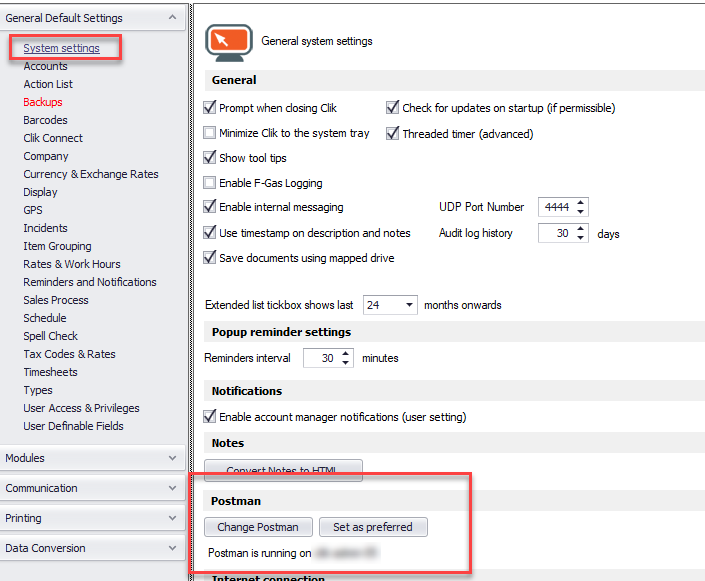 What is Clik Connect?

Clik Connect is a way to improve Clik Service by allowing it to run its postman on a PC that doesn’t have the application open and running. This is done by using a process alongside Clik Service that can take over as postman.

How to Set Up Clik Connect

It can be installed quickly and easily from the Settings in Clik Service.

Just go to Settings > Settings > Clik Connect on whichever PC you want to use as the postman and click ‘Install Services’. Follow the instructions to complete the installation, and you’ll be ready to go. 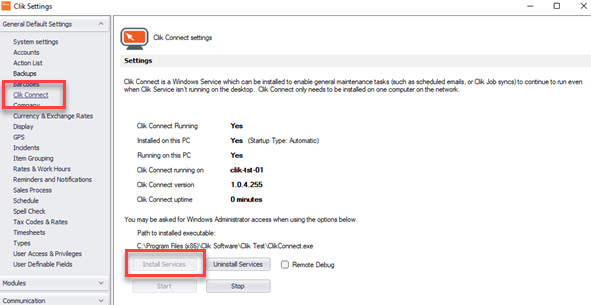 Once installed, Clik Connect will run in the background as soon as the PC it’s installed on is turned on. You can also view the status of the service from Clik Service by checking in Settings > Settings > Clik Connect.

There are multiple advantages of using Clik Connect.

Servers typically have better specifications than normal PCs, but Clik couldn’t take advantage of this when assigning postman, since Clik Service is often not open on the server.

Additionally, backups could only be run when Clik Service was open, which often prevented overnight backups.

Finally, this service will allow Clik Service to sync, even if it isn’t open.

Hosting Clik Service in the Cloud