This article will show you how you can merge uploaded jobs from Clik Jobs in Clik Remote Manager.

You can only merge changes, you will not be able to reject changes made by engineers on the job. This will need to be edited once the job has been merged.

First, you must make sure the Clik Remote Manager user has the correct privilege ticked.

Go to Settings > Staff and select the user.

Then go to ‘Login/Privileges’, click on the ’Clik Remote (v5)’ tab and tick the ‘Can merge Jobs’ privilege. 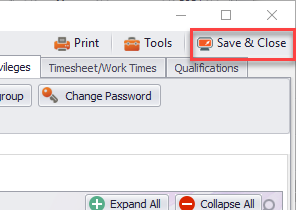 Click on ‘Sync with Cloud’ to find any jobs that an engineer has uploaded. 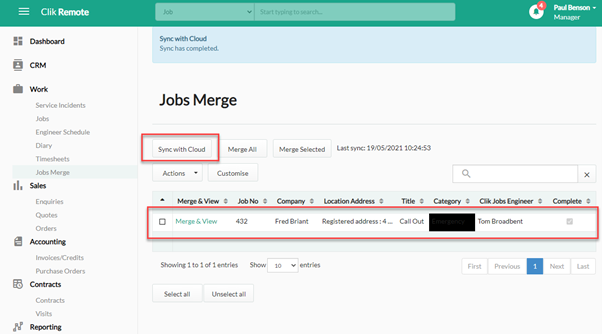 You can now select ‘Merge All’ or select the jobs you want to merge by using the tick box next to the job and clicking ‘Merge Selected’.

That’s it, you have now merged your jobs in Clik Remote Manager.