Downloading and Installing the App

This article will show you how to download and install your new Clik Jobs app.

Open the Google Play Store for Android or the Apple App Store and search for Clik Jobs.

Once it has downloaded, open the app and press the ‘Continue‘ button. 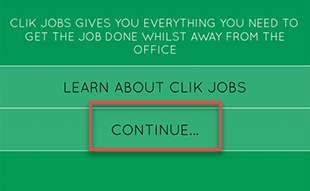 The next step depends on whether you’re already a Clik Service user.

Existing Customers: You need to enter the pair code/PIN, which you can retrieve from Clik Service. Then log in with any account with the correct privileges. 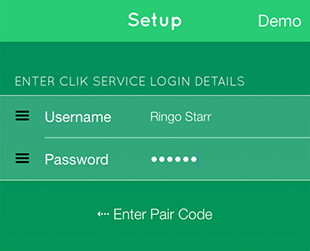 New Customers: Press the ‘Demo‘ button and everything will be automatically set up for you to use our demo database. 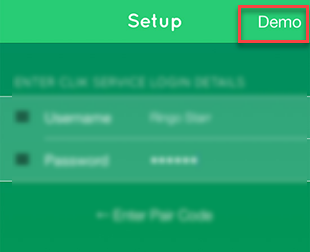 The next step is the first-time sync, which allows you to synchronise all of your Clik Service data from your database onto your Clik Jobs app.

This step may take some time depending on the size of your database, but please be patient as it is critical.

Clik Jobs has been optimised to only download data which it actually needs. So next time you perform a Clik Service data sync, you’ll be downloading less data.

We advise that you use a Wifi connection for this step to prevent accidentally incurring mobile data charges. 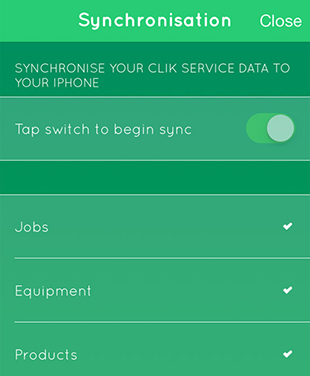 Once the sync is complete, press ‘Done‘ to be taken to the job list.

The job list is one of the areas of Clik Jobs you’ll use the most. All of your jobs synchronised from Clik Service will appear in this list.

Clik Jobs filters your jobs to ensure that you only see today’s jobs by default. Don’t be alarmed if you don’t see any jobs in the list, just tap the ‘Today‘ button and change it to ‘All‘ to see all of your jobs.

A message box will appear and ask you if you’d like a quick tutorial on how to use the job list and associated controls. We recommend that you take this tutorial to understand how to get the most out of using the app.