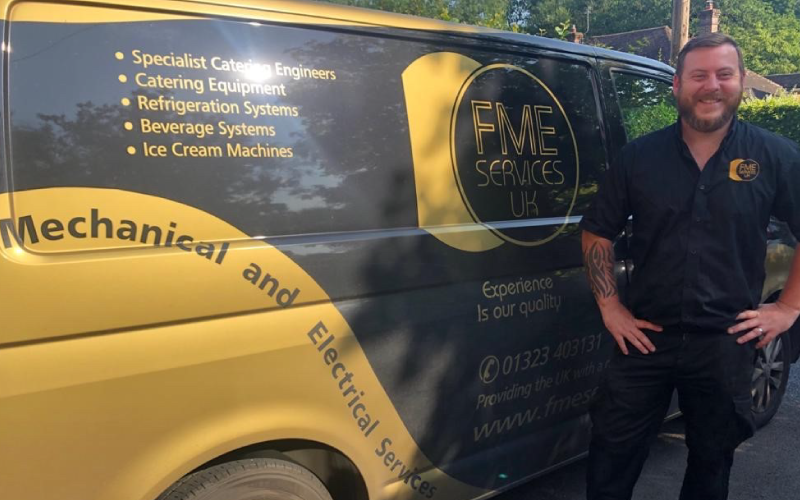 Taking Job Management To The Cloud

“We needed to move away from the old paper system and find a solution that was instant from office to engineer to customer.”

Based in East Sussex, Brian’s company provides maintenance services for a range of catering equipment, from grills to ice cream machines and much more. For the last 14 years, they have been building up their customer base, including a well-known, popular fast food chain.

The team were accustomed to a paper-based approach of managing their company. This way of working induced a number of problems, however, as Director, Brian French says they were “waiting for paperwork for weeks on end without being able to invoice”. They knew the method was outdated and would need to be replaced in order to improve workflow.

“We needed to move away from the old paper system and find a solution that was instant from office to engineer to customer”, says Brian.

Having not used any previous business management software, the solution was new territory for the team. When looking for a resolution to their challenges, they were referred by a fellow catering equipment company using Clik Service.

In this instance, it was a combined effort of Clik and their IT company that helped with improving their job management style. After a simple buying process and easy installation, the company implemented Clik Service for their office users and Clik Remote for use on the go.

Brian explains that the support they received from the remote server company was “excellent, especially as we were dealing with people in different countries and different time zones”. He also found working with Clik as a company to be easy and gives praise to the tech team: “they were a great support through the whole migration, all be it challenging at times, we were never left waiting.”

With the system in place, Brian now plan on using Clik in the future “as we always have, but now it the cloud.” They can continue to work without delay and with the knowledge that their data is secure in the process with Clik Service.

Please note, Clik does not set up cloud servers for customers.